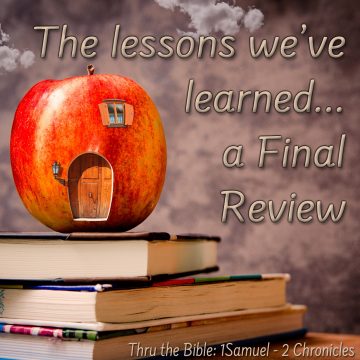 [powerpress]
There is NO video this week

It has not escaped my attention, the difficulties of turning this series of 6 books into a game. First off the material is just too vast! Secondly, most of the important information is found in life lessons which can be a little more abstract.

I am not ready at this point to forego a game night for these six books, but I am considering it. To be honest I believe the majority of you would prefer that anyway and I hate to push people into something they are uncom fortable with, so we will see.

At this point, just walk through these points I’ve bullet pointed here…have some discussion, try to learn from them and also attempt to connect WHAT you have learned with the stories from which we have learned them. That is really the big point here anyway. Yes I want you to know the truths contained in these scriptures, but the scriptures themselves…the stories the lessons are learned from are important on their own and so it is very good to attempt to maintain a connection between the lessons and the stories from which they were learned.

1Sam. 8:4, “(4) Then all the elders of Israel gathered together and came to Samuel at Ramah,  (5) and said to him, “Look, you are old, and your sons do not walk in your ways. Now make us a king to judge us like all the nations.”

As the Ark of God’s presence entered Jerusalem David danced before the Lord without shame – even at the disdain of Michal his wife. His shameless love of God, though royalty was yet another reason why David was a man after God’s Own heart.

God being displeased with David seems to fall so limp around our ears – like an exceedingly lame response to so egregious a series of sins. However, this is because we do not understand Who God is nor who we are in His story.

The true character of a man is not always seen by their individual actions, as much as by the total sum of them. Nearly a year passed in David’s life (perhaps more) before confronted by the prophet Nathan – his heart had made peace with his sin and he obviously felt little to no remorse, but when confronted he quickly repented.

When David was told he could not construct the temple, he did not view this as rejection. Instead he busied himself with what he COULD do, which included…

David placed Joab, the commander of Israel’s army, in a tricky position regarding Uriah, Bathsheba’s husband.

If David had ordered Joab to kill Uriah himself, it would have been proper to respectfully tell David that he would not participate in his sin.

As it was however, David’s decision to have Joab place Uriah on the front lines required Joab to confront David, but also honor and respect David’s decision and hand the outcome over to God.

We saw a LOT of poor fathering in these books even by men who were otherwise godly men. These are some of the takeaways from those examples.

What situations were being addressed in Solomon’s prayer?

What request was being made of God in times and situations like these?

Did the prayer have ANYTHING to do with politics or the appointment of leaders? NO!

Why the difference between the way they prayed and the way we are to pray?

Things that BELONG to God

Always be open to the Lord using you to both mentor others and be mentored yourself.

In our mentoring we MUST be careful to lead and invite – not do the thinking FOR another. People have got to have an encounter with God FOR THEMSELVES – they cannot be sustained on second generation faith. The best way to do this is to invite those we mentor INTO our encounters with us – live a life of conviction before them, tell them the stories of our encounters and encourage them to pursue God on their own. You’ve heard it said that you can lead a horse to water but cannot make them drink – this is true, but you can give them salt to stimulate their thirst. WE are to be salt and light!

This site uses Akismet to reduce spam. Learn how your comment data is processed.