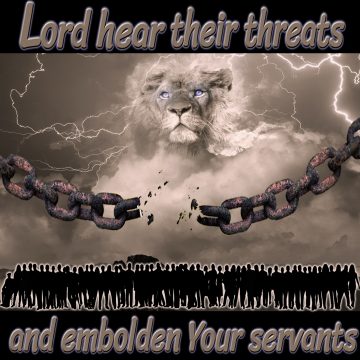 Lord hear their threats and embolden your servants

A quick word from your pastor…

This is being hosted on our church server and therefore you “may” experience a little lag from time to time, but it shouldn’t be too bad.

Podcast Were to Listen: