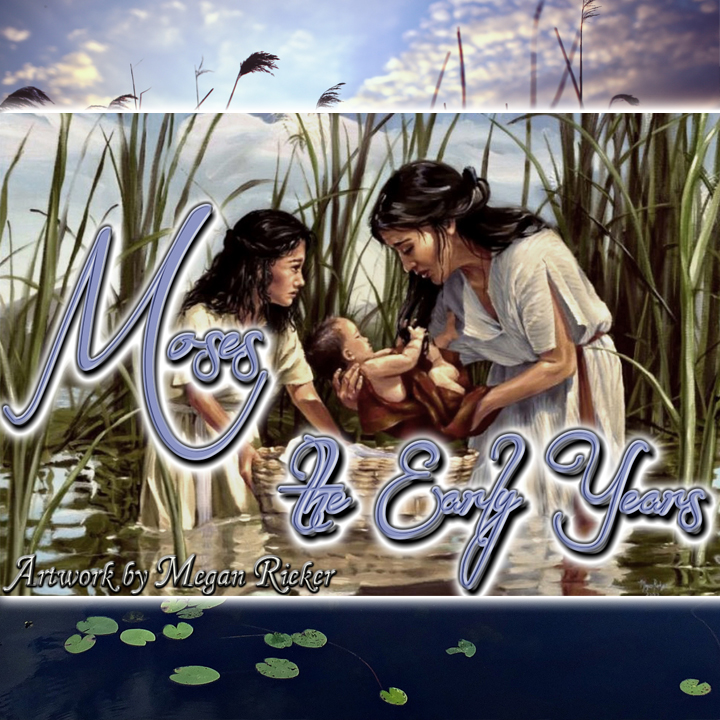 “(1) These are the names of the sons of Israel who came to Egypt with Jacob, each with his household:  (2)  Reuben, Simeon, Levi, and Judah,  (3)  Issachar, Zebulun, and Benjamin,  (4)  Dan and Naphtali, Gad and Asher.  (5)  All the descendants of Jacob were seventy persons; Joseph was already in Egypt.  (6)  Then Joseph died, and all his brothers and all that generation.  (7)  But the people of Israel were fruitful and increased greatly; they multiplied and grew exceedingly strong, so that the land was filled with them.”

One of the blessings of God for Israel was offspring. Does anyone want to venture a guess as to why?

“(8) Now there arose a new king over Egypt, who did not know Joseph.  (9)  And he said to his people, “Behold, the people of Israel are too many and too mighty for us.  (10)  Come, let us deal shrewdly with them, lest they multiply, and, if war breaks out, they join our enemies and fight against us and escape from the land.”  (11)  Therefore they set taskmasters over them to afflict them with heavy burdens. They built for Pharaoh store cities, Pithom and Raamses.”

Remember – Gen 47:11, “Then Joseph settled his father and his brothers and gave them a possession in the land of Egypt, in the best of the land, in the land of Rameses, as Pharaoh had commanded.”

Remember that during the 3 years of the famine which ravaged the whole middle east (and possibly beyond) all the inhabitants of Egypt had sold their livestock & land to Pharaoh and themselves as servants. So that after that time, the only people who owned land and livestock were Pharaoh himself, the pagan priests of Egypt who were provided for during the famine and so did not have to sell their lands and the Israelites who owned the BEST of the pasture land.

So it is under these circumstances that the Israelites grew in numbers and wealth!

It is no wonder at all that they would be viewed by future pharaohs as a threat.

So this Pharaoh took them by force and subjugated them and placed them into slavery.

What is meant by “supply cities” or “treasure cities” largely guess work, but the words themselves give us a little bit of a clue.

The word cities could refer to a traditional city or town, or even a military base. So these may have been warehouse areas protected by military personnel.

According to Wikipedia, The Bible describes Ramesses as a “store-city”. The exact meaning of the Hebrew phrase is not certain, but some have suggested that it refers to supply depots on or near the frontier. This would be an appropriate description for Pithom (Tel El Maskhuta) in the 6th century BCE, but not for the royal capital in the time of Ramesses, when the nearest frontier was far off in the north of Syria. Only after the original royal function of Pi-Ramesses had been forgotten could the ruins have been re-interpreted as a fortress on Egypt’s frontier.

On the other hand, it is also, possible that these may have been cities built for the pyramid builders:

Contrary to both popular belief and 99% of films about ancient Egypt, the pyramids were in fact not built by slaves, but instead by Egyptian workers. These workers were not few in number either, some of the work crews were large enough to warrant the building of entire cities to support them for these decade long building projects.

The midwives honor God – even in their lying.

Q. How is it that God honored those who lied?

A. There was no law, so there was not conscious of wrong-doing. To them this was honorable conduct.

Pharaoh does the unthinkable – “Kill all the boys” – NOT just Israeli but also Egyptian. The only reason I could find for this was the possibility that for some reason this pharaoh was seeking favor of the Hap the god of the Nile (or rather the god who caused the Nile to flood and bring fertility to the soil of the land). During the time of year when the Nile flooded, they would often throw in amulets and even live offerings into the Nile as sacrifices to Hap. So it is possible that when the Israeli midwives did not obey in time, the Pharaoh panicked and commanded all male babies thrown into the Nile to make up for the loss of time in sacrifices.

A goodly or beautiful child could mean any number of things. Almost every mother thinks their baby is beautiful in the traditional sense so that is most likely not the intended meaning here. This word can also mean morally correct and fruitful. Parents often have an instinctive awareness of their children and this may have been something God influenced upon her heart so as to keep Moses alive and protected.

Moses was a man of conscience and kindness.

The Midianites were a people who also came from Abraham. Midian was born to Abraham by his second wife Keturah. So in an odd and removed way, Moses dwelt with family.

Moses marries Zippoarah and has a son named Gershom.

The word “remembered” also means, to acknowledge and make known, which is what it says in verse 25.

One of the most interesting things about Moses’ encounter with God was the fact that God instructed Moses to take his shoes off. This is the first of many such commands with which Moses would become familiar in the giving of the law, all of which are based upon the same reason.

The words “know their sorrows” can mean to perceive or even the experience.

This is a classic question asked throughout scripture – “Who am I?” Man’s tendency when presented with God given task is to look at themselves with a profound sense of their personal unworthiness.

God’s answer to all three was that HE was their answer.

God reveals one of the purest forms of His nature to Moses from the onset – “I AM” (WHO I AM).

The word means To exist or to happen. It is taken to mean that God is the self-existing One. Meaning – His existence depended upon nothing and no one else. He simply IS! Also, He simply happens!

This is also the words Jesus used of Himself in John 8, let’s look at it.

God assures Moses that Pharaoh will not surrender, but that He will prevail and bring His people out being given favor by the people of Egypt and that they will plunder all of Egypt as they leave.

There is more information in the audio/video of the actual message. I hope you listen, learn and enjoy!