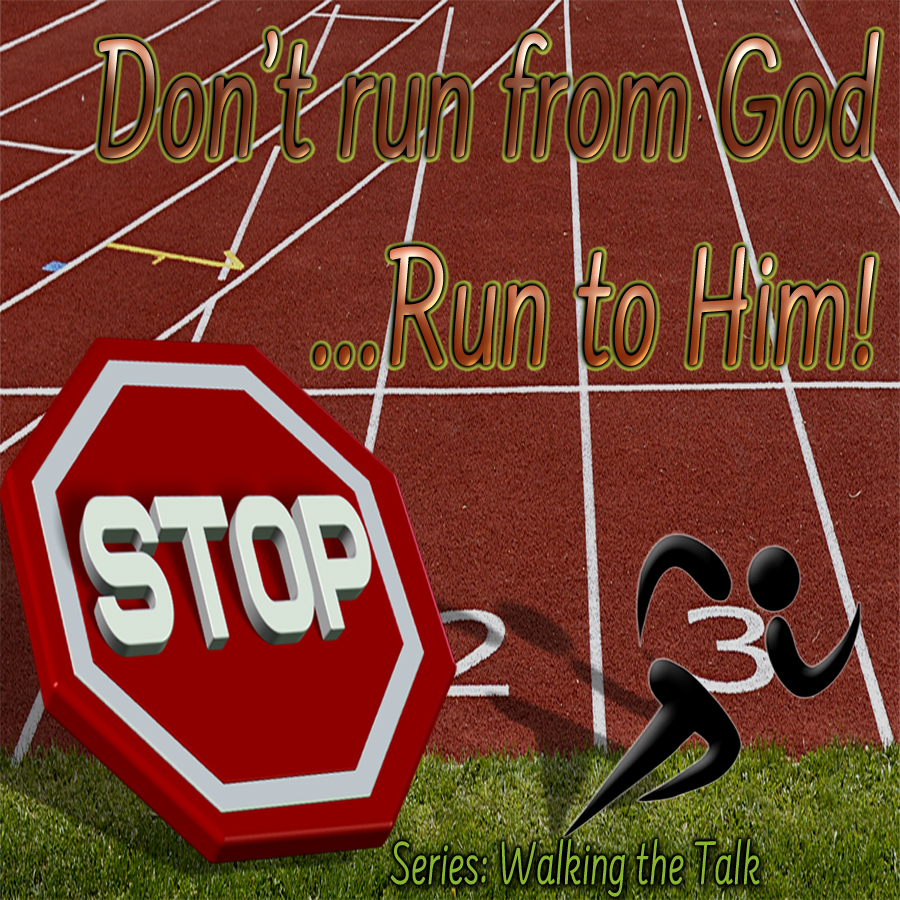 Message – Don’t run from God, run to Him!

Last week we took a look at our Father’s heart while finishing up a two part series on the characteristics of God and His Children.

Our last two points were:

Of course all of these teachings are within the greater backdrop of our focus this year – and that is doing business until He returns.

What does that mean?

Now, let’s look at that passage one more time to set the pace for todays’ lesson…

Therefore do not run from God or avoid Him, run too Him!

Often, like the prodigal or wasteful son, we blow FAR too much time away from our Father.

And like Gomer, whom Hosea married, we find the pursuit of God is sometimes less than romantic, but it is never the less, passionate and impossible to ignore, though it is often misunderstood as something else.

In steps Asaph. Asaph, for those of you who have been coming on Wednesday, was a descendant of Gershom the Levite, and was one of three Levites whom King David commissioned to be in charge of praises and singing in the “house of God”. But this song was an old time country song in that it was depressing but in the end turned out good.

“(1) God is indeed good to Israel, to the pure in heart. (2) But as for me, my feet almost slipped; my steps nearly went astray. (3) For I envied the arrogant; I saw the prosperity of the wicked. (4) They have an easy time until they die, and their bodies are well-fed. (5) They are not in trouble like others; they are not afflicted like most people. (6) Therefore, pride is their necklace, and violence covers them like a garment. (7) Their eyes bulge out from fatness; the imaginations of their hearts run wild. (8) They mock, and they speak maliciously; they arrogantly threaten oppression. (9) They set their mouths against heaven, and their tongues strut across the earth. (10) Therefore His people turn to them and drink in their overflowing waters. (11) They say, “How can God know? Does the Most High know everything?” (12) Look at them–the wicked! They are always at ease, and they increase their wealth. (13) Did I purify my heart and wash my hands in innocence for nothing? (14) For I am afflicted all day long, and punished every morning. (15) If I had decided to say these things aloud, I would have betrayed Your people. (16) When I tried to understand all this, it seemed hopeless (17) until I entered God’s sanctuary. Then I understood their destiny. (18) Indeed You put them in slippery places; You make them fall into ruin. (19) How suddenly they become a desolation! They come to an end, swept away by terrors. (20) Like one waking from a dream, Lord, when arising, You will despise their image. (21) When I became embittered and my innermost being was wounded, (22) I was a fool and didn’t understand; I was an unthinking animal toward You. (23) Yet I am always with You; You hold my right hand. (24) You guide me with Your counsel, and afterwards You will take me up in glory. (25) Whom do I have in heaven but You? And I desire nothing on earth but You. (26) My flesh and my heart may fail, but God is the strength of my heart, my portion forever. (27) Those far from You will certainly perish; You destroy all who are unfaithful to You. (28) But as for me, God’s presence is my good. I have made the Lord GOD my refuge, so I can tell about all You do.”

“(1) How happy is the one whose transgression is forgiven, whose sin is covered! (2) How happy is the man the LORD does not charge with sin, and in whose spirit is no deceit! (3) When I kept silent, my bones became brittle from my groaning all day long. (4) For day and night Your hand was heavy on me; my strength was drained as in the summer’s heat. Selah (5) Then I acknowledged my sin to You and did not conceal my iniquity. I said, “I will confess my transgressions to the LORD,” and You took away the guilt of my sin. Selah (6) Therefore let everyone who is faithful pray to You at a time that You may be found. When great floodwaters come, they will not reach him. (7) You are my hiding place; You protect me from trouble. You surround me with joyful shouts of deliverance. Selah (8) I will instruct you and show you the way to go; with My eye on you, I will give counsel. (9) Do not be like a horse or mule, without understanding, that must be controlled with bit and bridle, or else it will not come near you. (10) Many pains come to the wicked, but the one who trusts in the LORD will have faithful love surrounding him. (11) Be glad in the LORD and rejoice, you righteous ones; shout for joy, all you upright in heart.”

As I said, God’s unrelenting pursuit of us is sometimes not that romantic and can easily be misunderstood. But it is passionate!

God is encouraging us to not run from Him but to Him. He is a refuge for us!

“(30) For all these things the nations of the world seek after, and your Father knows that you need these things. (31)  But seek the kingdom of God, and all these things shall be added to you. (32) “Do not fear, little flock, for it is your Father’s good pleasure to give you the kingdom. (33)  Sell what you have and give alms; provide yourselves money bags which do not grow old, a treasure in the heavens that does not fail, where no thief approaches nor moth destroys.(34)  For where your treasure is, there your heart will be also.”