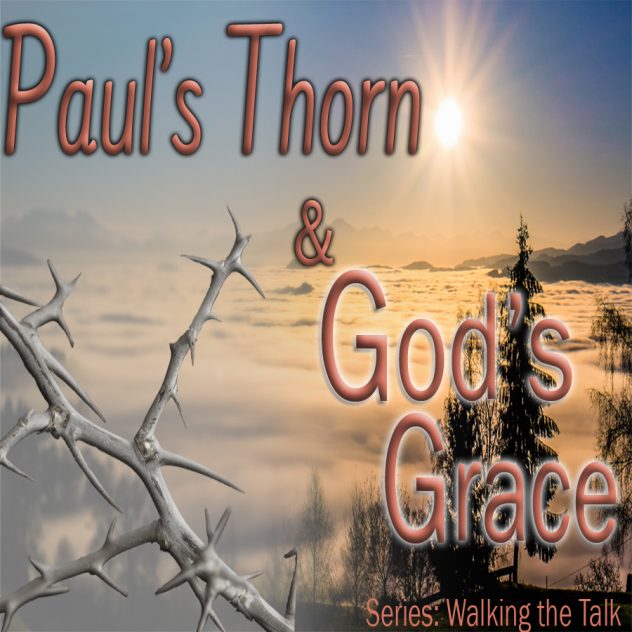 If you’ve been following along we have been going through the book of Colossians looking at the encouragements and admonitions of Paul to this persecuted early church.

We’ve been allowing it to supply examples of “doing business until I return” as was the metaphor used in the parable of Christ Jesus concerning what the church was to occupy itself with until He returned.

As we have journeyed through this book we have come across Paul’s encouragement to relying upon Jesus for our maturing into His likeness rather than upon our own fleshly efforts. This has had us reference 2 Cor. 12 twice.

The 1st was in last weeks message entitled “Boasting in our Weakness“, which could easily have served as the title of this weeks lesson as well. However, while we reviewed those truths we also examined a different part of Paul’s teaching in 2 Cor. 12 and that took most of our time together.

The specific part I am referring to here is when Paul said he would now take pleasure in his weakness.

The word translated as “take pleasure” is a compound Greek word eu – dokeo. Dokeo means to think well of something because you now understand it as right and good. The prefix eu adds the meaning of willingly and freely resolving yourself to this truth.

So Paul was saying that God’s reply that He would NOT remove the enemy’s opposition and attack He WOULD supply an AMPLE amount of His influence over Paul’s heart so that he might be unified with God in His strength to overcome and stand triumphant over the enemy’s attack – IF Paul would not endeavor to overcome this by his own strength, but rather by embracing his weakness in humble surrender to God’s power which was being make available to him. God assured Paul that His “grace” was MORE than enough! So, Paul made an alteration in the way he dealt with his personal weakness and moral frailties. Rather than despise his weakness – seeking to hide them or overcome them through self-discipline – he would now take pleasure in them! He would now embrace his weaknesses – which were readily expressed in his moral frailties in the humility which James tells us invites the grace of God.

“…for God resists the proud but give grace to the humble.” – James 4:6

James goes on to tell us that such humility and surrender to God would eventuate in His “lifting us up”…the very thing satan sent the messenger to Paul to hinder him from being – exalted (a.k.a. lifted up). While it is true that this word “lifted up” as used in 2 Cor. 12 CAN have a negative meaning of PRIDE – it is NOT it’s primary meaning and it is cannot be what it means in this passage because being lifted up in pride goes before a fall – which satan would have been keen on ENCOURAGING in Paul not discouraging!

There was much more to the recording, but since this teaching was completely ad lib I have no notes from which to draw and so those I’ve have supplied here are simply from memory.

I hope this will serve to encourage you as well, to not be discouraged by your weakness but rather to embrace it in order to discover God’s readily available grace in your time of need and humble surrender!