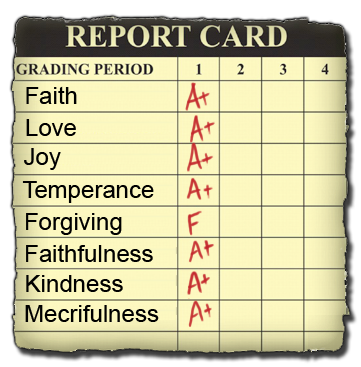 This is a phrase which is far more pervasive in Word of Faith circles than in others, but regardless of who uses it, this statement is at its core misleading and sometimes very dangerous.

If in your life you find yourself in the midst of some uncertainty, you might say, “Well, I’m just believing for a good report”. Meaning that, you are believing that whatever is uncertain will turn out for good. Now this is where things get someone subjective. What do we mean by “good”?

Let me offer an example.

You have a work review coming up and it is during these reviews when people are either promoted, corrected or let go. So as a Christian determined not to be anxious about anything, you say, “Well, I’m just believing for a good report”.

What does that mean?

If we mean that God will work whatever the report is out for our good, then we are on good ground so long as you are God’s child and are actively walking in love with Him.

“And we know that all things work together for good to them that love God, to them who are the called according to His purpose.” ~ Rom 8:28

If however, you mean you are believing for a report in keeping with your personal agenda then we have a problem.

In a case like this the scriptures tell us what to do.

What is the basis for your faith?

All genuine faith is not FOR a thing but IN God.

All faith IN God, comes from Him speaking to you.

So before saying this statement you must ask yourself, “Have I even talked to God about this?” and if so then,  “What has He said to me in response?”

Most people who use this phrase rely heavily upon God’s written Word. While reliance upon the integrity of God’s Word is imperative and commendable it is NOT the well spring from which Faith comes.

Faith comes from God speaking to YOU. There is a big difference between God telling you something and you determining to USE something God said to someone else in the Bible and superficially turn it into your own personal Rhema. The former is vulnerable and intimate, the later is controlling and manipulative.

If your faith is genuine then it is IN God not FOR a “good report”.

What the Bible says about a “good report”

The topic of a “good report” is only mentioned 10 times in scripture and they are as follows:

Prov. 15:30  “The light of the eyes rejoiceth the heart: and a good report maketh the bones fat.”

Acts 10:22  “And they said, Cornelius the centurion, a just man, and one that feareth God, and of good report among all the nation of the Jews, was warned from God by an holy angel to send for thee into his house, and to hear words of thee.”

Acts 22:12  “And one Ananias, a devout man according to the law, having a good report of all the Jews which dwelt there,”

2Cor. 6:8  “By honour and dishonour, by evil report and good report: as deceivers, and yet true;”

1Tim. 3:7  “Moreover he must have a good report of them which are without; lest he fall into reproach and the snare of the devil.”

Heb. 11:39  “And these all, having obtained a good report through faith, received not the promise:”

3Jn. 1:12  “Demetrius hath good report of all men, and of the truth itself: yea, and we also bear record; and ye know that our record is true.”

As you can see good reports were not believed for, they were earned. Not earned by hard work or self-effort, but by good works performed within the sphere of active relational trust in God… a.k.a. – Faith.

In every one of the above examples the good report was based upon actions and faith. The two very things which James said work side by side,

“But do you want to know, O foolish man, that faith without works is dead? Was not Abraham our father justified by works when he offered Isaac his son on the altar? Do you see that faith was working together with his works, and by works faith was made perfect? And the Scripture was fulfilled which says, “ABRAHAM BELIEVED GOD, AND IT WAS ACCOUNTED TO HIM FOR RIGHTEOUSNESS.” And he was called the friend of God. You see then that a man is justified by works, and not by faith only. Likewise, was not Rahab the harlot also justified by works when she received the messengers and sent them out another way? For as the body without the spirit is dead, so faith without works is dead also.” ~ James 2:20-26

In the end, the “good Report” mentioned in the bible is a good testimony. It is a testimony of a life lived in genuine relationship and reliance upon God – regardless of the outcome!

This is something which is almost entirely absent in most “faith” based theologies – the idea that one could be in faith and yet NOT see the fulfillment of their faith accomplished within their lifetime.

“These all died in faith, not having received the promises, but having seen them afar off were assured of them, embraced them and confessed that they were strangers and pilgrims on the earth. For those who say such things declare plainly that they seek a homeland. And truly if they had called to mind that country from which they had come out, they would have had opportunity to return. But now they desire a better, that is, a heavenly country. Therefore God is not ashamed to be called their God, for He has prepared a city for them.” ~ Heb. 11:13-16

The “good report” (as seen at the end of the above verse) – was that God was NOT ashamed to be called their God! As I said earlier, a “good report” so often is viewed as being a report concerning circumstances in our lives being favorable, rather than it being a testimony of our lives lived in union with God and reliance upon Him.

As this chapter is Hebrews says, it was by relational trust that the elders (forefathers like Noah, Abraham, Isaac…etc.) were recorded as having a good testimony or report. By extension this is what the book of Proverbs means by the phrase,

“The memory of the righteous is blessed, But the name of the wicked will rot.” ~ Prov. 10:7

The word “memory” here is the Hebrew word zēker and means memorial. So in effect this verse is saying that the heritage or the testimony of the righteous is blessed. Their name will be remembered.

Ultimately, this all points back to God because those who live their lives in genuine relational trust in Him, though they may not see the results of their faith in their lifetimes, they have this testimony…

and the testimony of Enoch,

” By faith Enoch was translated that he should not see death; and was not found, because God had translated him: for before his translation he had this testimony, that he pleased God.” ~ Heb. 11:5

Now that is a Good report…that is a good testimony!